An anti-benefits mindset has established itself in Britain over the past five years of austerity. Politician speeches, tv shows and national newspapers have often created and reinforced biased ideas around benefits and benefits claimants and those ideas are not always based on the facts.

A quick research and we were able to debunk 3 of the most common misconceptions about benefits: 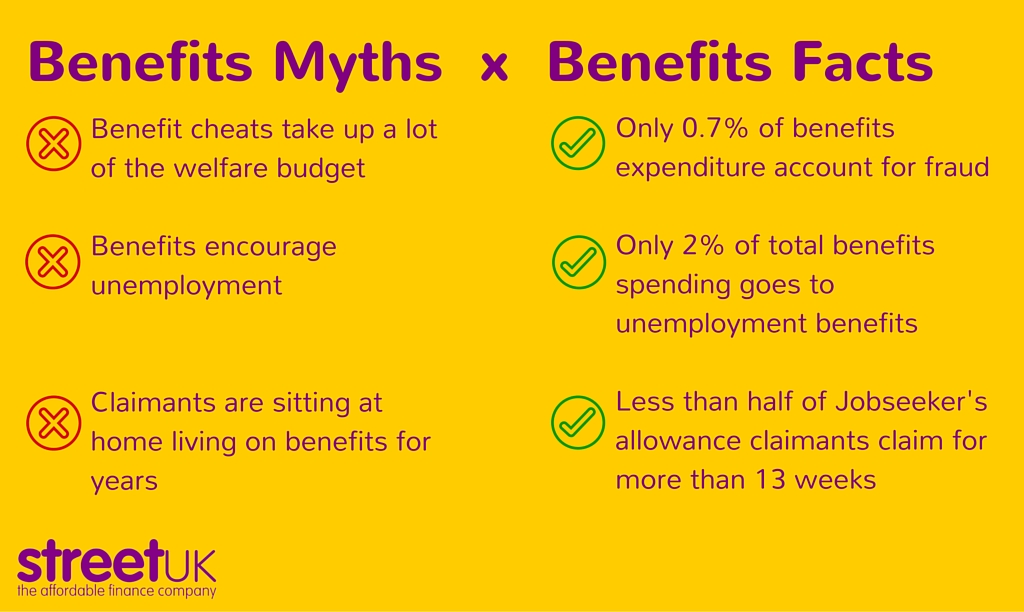 1. Benefit cheats take up a lot of the welfare budget

Over the past 5 years, more than 85% of benefit fraud allegations made by the public proved to be false. The truth, as government’s statistics show, is that only 0.7% of benefits expenditure account for fraud.

In 2013/14, £1.2bn out of the £164bn benefits expenditure accounted for fraud, meanwhile, government losses through tax avoidance reached £5bn.

More so, the Department for Work and Pensions declared the total amount unclaimed by people who would be entitled to benefits is likely to be between £11.6bn and £13.23bn a year, ten times the amount lost due to fraud.

Now, to bust this myth there are many things to be considered, starting with a research by the Centre for Labour and Social Studies (CLASS) showing a single person working 30 hours per week would earn £2,270 more every year than if they were on unemployment benefits, and a single parent working the same hours would be £4,605 better off every year than on unemployment benefits.

But there’s more. According to data from the Office for National Statistics, 40.3% of people receiving benefits are retired and 18% of the total welfare bill goes to people who are in work but don’t earn enough. Only 2% of total benefits spending goes to unemployment benefits.

3. Claimants are sitting at home living on benefits for years